It is with great pleasure that we host talented author Tim Brost, the winner of our annual Captivating Opening Contest, whose novel High-Rise Crew: Dirty Money ticked all of Stef’s boxes – which is quite an achievement given Stef’s curmudgeonly, picky nature (sorry, Stef).

The Author: Tim Brost lives a reclusive life in the Twin Cities, USA. Thirty years into writing as an avocation, he will release three works of fiction in fall of 2016. His novels blend research, personal experience and incredible stories gathered from subject matter experts who specialize in cyber security/cybercrime and the mechanics of managing violence in international conflicts.

The Blurb: Billy Chownyk has just graduated with a Master in Computer Science and Engineering Degree. He is one of the best software development and network security students the university has ever seen, but Billy has no plan to hunt for a job.

He spent his youth behind a keyboard. Now, he is in the hands of gangbangers, hackers and nefarious men hunting for shortcuts to the good life. Everyone wants a piece of his talent.

Over to Stef and Tim:

[Stef] Welcome aboard, Tim. Now, nobody can accuse me of being savvy with all this new-fangled technology nowadays – nor do I have a clue about apps or anything much cyber or social media, but I found the structure and plot of Dirty Money easy to follow: did you intend to make your narrative friendly for readers like myself?

[Tim] Stef, thanks for having me. I’ve been around security experts for quite a while, find the subject fascinating, but rely heavily on subject matter experts. That will become increasingly apparent the deeper we travel into the High-Rise Crew trilogy. Honestly, Stef, I don’t even write code. But to answer the question directly, yes. I do my best to give the reader an informed view of technology, without creating a manual. Thus far, readers seem pleased with the blend of information and entertainment. Where I succeed, I’m an interpreter of sorts, adding just enough industry-specific information to be interesting, but not so much that it becomes a glossary of technical jargon that overpowers the characters’ lives.

[Stef] I’m quite surprised you’re not a techno-geek, given the authority the narrative exudes. You mentioned a trilogy. How did you decide on that strategy?

[Tim] I unwittingly wrote the final novel in the trilogy, first. It is titled High-Rise Crew: God Rights.
I could have rushed to market, but a big piece of the story was not present. I decided to add what happened earlier in Billy’s life and of course this made the story far to long for commercial viability, especially for a new author, and certainly for print. After discarding a dozen chapters set in his teens, I open High-Rise Crew: Dirty Money in the month of Billy’s college graduation. Where every other student turns right, Billy takes a hard left. He grew up behind a keyboard, so it takes him a minute to find himself socially. His role models are mostly older powerful individuals, albeit less accomplished technically. It’s an odd dynamic I see all the time, where youth has the skill, age has the maturation, but there’s a disconnect.
In some ways, High-Rise Crew: Dirty Money is a coming of age story, but for many reasons I didn’t use that classification in sales channels. Let’s just say that my protagonist is about to take a thrilling three-novel ride.

[Stef] And who doesn’t enjoy a thrilling ride… So, where does the trilogy take us?

[Tim] The arc of the trilogy spans black hat, grey hat, white hat. We begin with common street crimes and a reasonably complicated attack on a financial institution. The second installment explores corporate espionage and insider theft, especially peered attacks. High-Rise Crew: Financial Insiders adds a layer of sophistication to the attacks shown in Dirty Money. Corporations spend billions on securing firewalls, but humans still run them. The reader will encounter both technical and social hacks.
My novels also delve into human nature. It would not be good fiction without unscrupulous personalities lurking about, a sense of betrayal, and emotional vulnerabilities conflated with self-examination. I like to think that in each of the novels, Billy’s personal life leaps dramatically forward toward maturation.
I won’t spoil anything for the reader when I say that an FBI cyber action team and/or the Secret Service may enter, stage left, in High-Rise Crew: Financial Insiders. This second installment will be released in Q1 of 2017.
I mentioned the final novel in the trilogy a moment ago. High-Rise Crew: God Rights brings us to the brink of nation-state cyber warfare, and illustrates much of what keeps our security experts awake at night. Since I wrote God Rights, a lot has happened, both technically and politically. By the time the novel is released, late in 2017 or early in 2018, a great deal of then current information will be incorporated.

[Stef]  Do you have any other work in (or out of) the pipeline, Tim?

[Tim] I do. The first two works of fiction in the Trade series are Trade: Bangkok and Trade: Azerbaijan. They are inspired by the life of international arms dealer, Rod McKay. Actually, most of the characters in the Trade Series are inspired by real people.
In Trade: Bangkok the protagonist, Tuck (Web) Webber, and the operatives, shadow agents, technicians and lawyers that make up his teams, are just months into a multi-year contract to improve intelligence, surveillance, and reconnaissance capabilities in Thailand when crew members are taken by insurgents. Reviews thus far acknowledge that this is not your stereotypical arms dealer. Readers on both sides of the political spectrum should set expectations aside and come to the read with an open mind.
Trade: Azerbaijan is what Amazon calls a short read (around 35,000 words). It lives in time between the novels Trade: Bangkok and Trade: Bishkek (Trade: Bishkek will be released mid 2017). This story gives followers the opportunity to keep up with the team’s activities between novels.
I’m considering a trial release of audiobooks later this year or early next. In all, I’ve been, and will continue to be, very busy for the next year or more.

[Stef] It’s a good strategy to work, work, work as an author. Not only does it build your backlist but fans will not be left feeling empty when they are hungry for more… Thanks for swinging over, Tim. Always a pleasure to chat to a salient author such as your good self.

[Tim] Stef, given your reputation, I am honored that you enjoyed Dirty Money. It is every author’s aspiration to be well received. Thank you.

Dear Readers: Take a look at the opening of Dirty Money below and find out just why it captivated me so strongly…

Billy sees Halo’s Lexus inching toward him through waiting cars and the departing crowd of riders. He opens the back door and carefully lays his bag on the seat.
“Good trip?” Halo asks.
Billy enters the SUV and straps in. “Didn’t expect you, Papi. Yeah. Good trip. Didn’t want to come back this time.”
“She’s that hot, huh?” Halo says, idling away from the depot. “You should dip the old wick for a while, if you know what I mean. Relationships can come later.”
Billy laughs at his father’s tired and incessant innuendos. He doesn’t know how a father figure is supposed to behave, only that Halo is not it. “She is hot and no. I don’t want to be tied down right now.” What Billy doesn’t go on to say is that his chosen lifestyle, temporary as it is, doesn’t allow time for romance.
“All I’m saying is you’re hung like a horse, so get busy. She give good head?” Halo says.
Billy should be shocked, but nothing his misogynistic father says about women surprises him anymore. “You don’t know anything about my package.”
“Changed your diapers for years. You should be happy!”
“You know how disgusting you are right now? For real.”
“Get over it. What will it be, coffee and a cigar, or a couple beers? I can go either way.”
Billy shakes his head no. Derrick will be waiting for him at his apartment. “It’s finals week, Papi. Give me a rain check on this one.”
Halo practically begs. “I just need a few minutes.”
Billy recognizes a rare side of his father, almost needy. Even so, he doesn’t commit. They ride in silence to the Whittier neighborhood of Minneapolis. Derrick’s red jeep is parked across the street and a few doors up from his apartment.
Before he opens the car door to get out, Billy hits send on a text to Derrick. Billy asks his father if they can’t connect the next day, maybe sit at Spy House for a while with coffee and cigars. “Whatever is so important will have to wait. Sorry,” he says.
“What do you think, ten o’clock? Not much going on at work this week. Bring your laptop.”
Billy is surprised. For years nothing has been more important to his father than work, and work means many different things. Halo has been on golf outings and late-night drunks that he called work. Anytime he wants to be away from the family is called work. “You should just give up, Papi, but sure. I’ll bring a laptop. You’re so on.”
Billy gets out of the Lexus and gingerly lifts his luggage to the curb. He taps on the top of Halo’s car and waits as Papi drives away. When he’s staring at tail lights, he turns toward the jeep and acknowledges Derrick’s presence with a nod of his head. Derrick gets out of his jeep and hustles two massive duffle bags in his direction.

And when you want to promote your current or new books, why not use the number one affordable, premium Tweeting Service, which reaches a network of over 1.35 MILLION readers. Visit TweetYourBooks.com to find out more and see their latest offers and giveaways.
Posted by Stef Mcdaid at 06:44:00 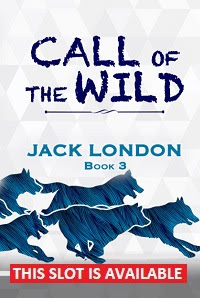 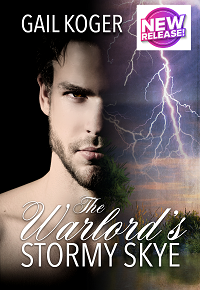 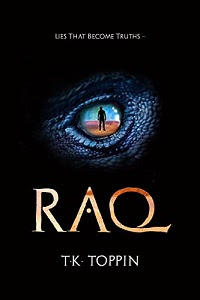 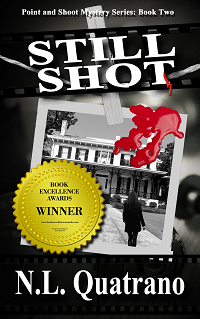